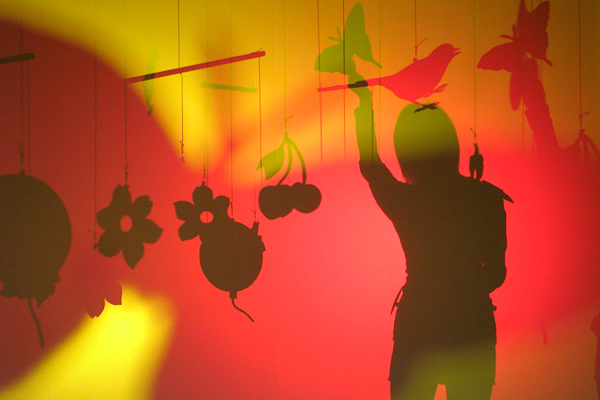 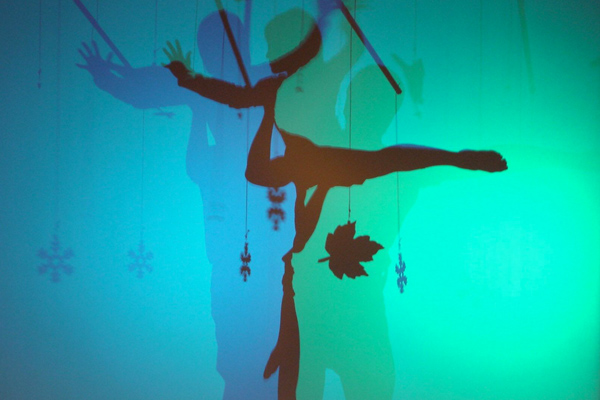 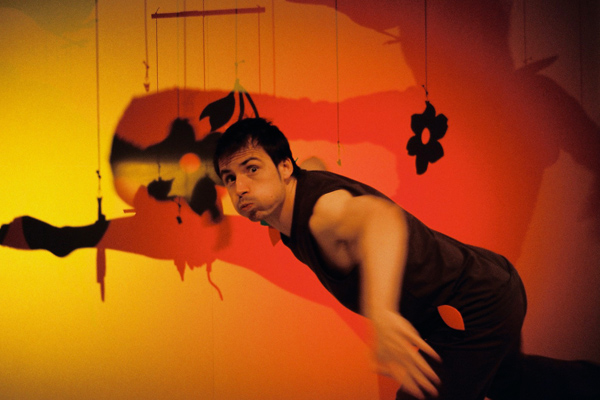 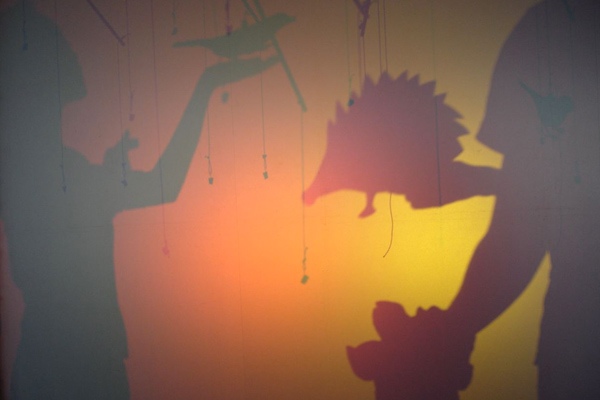 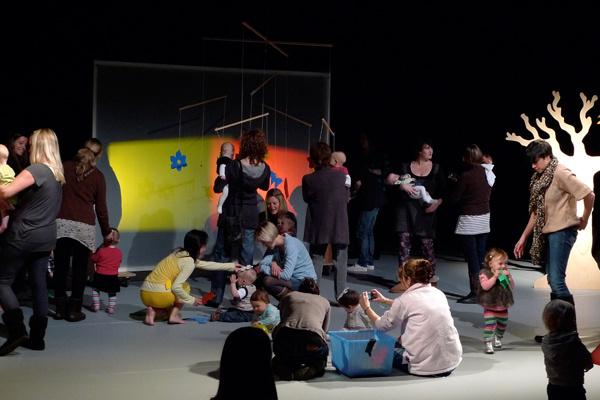 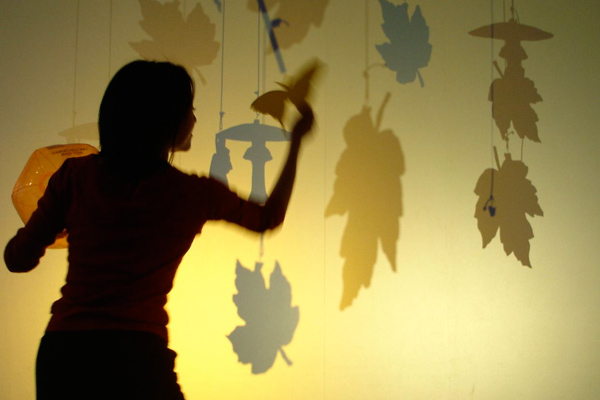 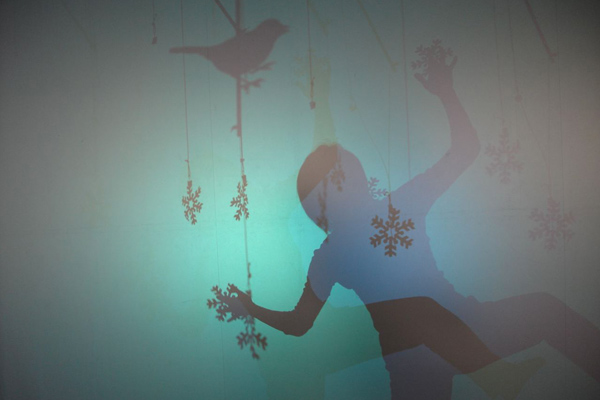 a dance production for the very small ones

I spy with my little eye

„I spy with my little eye” is a well known children’s game that plays with hiding and exploring objects, all while cultivating the attention, the fantasy and the curiosity of little children. Not much is needed for this game except the keen minds of the youngsters. By playing with light and shadow, colors and patterns, reflections and objects, the piece aims to stimulate the perceptive abilities of the very young while two dancers weave around each other. As hedgehog and bird they guide the children through the four seasons. They turn into a tree. They let it snow. They swirl as a butterfly through the audience and invite the children to be a part of their universe. The piece attempts to communicate something familiar through sounds and objects taken from children’s own body of experience. By the use of light and shadow in various colors their attention and imagination is stimulated, allowing them to follow with curiosity and interest.

At the end, the choreography invites the little ones to join in with the dancers.

The premiere of the first German dance production for this age group was successfully shown in June 2009 at the tanzhaus nrw in Düsseldorf.

„most of the children watch, none of them whine – and the curious resolution, with which after a twenty minutes show, they explore the stage and its props, stands for Hennermann’s experiment.”
(Frankfurter Allgemeine Zeitung, 15.6.09)

A production of the tanzhaus nrw as part of „Take-off: Junger Tanz. Tanzplan Düsseldorf“, funded by Tanzplan Deutschland, an initiative of the German Federal Cultural Foundation, as well as the state capital Düsseldorf, the Minister President of the State of North Rhine-Westphalia and the Kunststiftung NRW. Co-produced by Künstlerhaus Mousonturm Frankfurt/M with the kind support of tanzlabor_21 and sponsored by Fonds Darstellende Künste e.V. and the Cultural OfMice of the City of Frankfurt am Main. A stauraum e.V. production.
With thanks to: Irrlicht Veranstaltungstechnik, MEP® Professional Systems GmbH and efco creative emotions.